Customer Reviews & Stories for Dr. Rob’s Garage in Oxford, ME

Leave Us a Review

We want to hear about your experience at Dr. Rob’s Garage.

Click on a logo below to leave us a review on your favorite site. This takes just a few minutes and we appreciate you taking the time to do this.

I had an issue with my exhaust pipe while on vacation, and they took care of the issue without breaking the bank. Very reasonable pricing and awesome customer care. The good thing is that they’re not trying to get rich off of you. They’re trying to make a living and they’re very good at it without selling you something you don’t need.

When my family and I first moved to Maine about three years ago I really had no idea of where to take my vehicles for inspection and repair. All of my vehicles are 10 years or older so there was no doubt I was going to need a mechanic. Since I did not know anyone in the area I chose to ask a few local folks I met at a flea market. Both of them recommended Dr. Robs Garage as a place that was honest and did quality work. I am glad I listened to them.

In the two years since I have brought all my vehicles to Dr. Robs garage and have been very happy with their service and work. There are many times they could have “taken me to the cleaners” if they had been dishonest people. Though my father is a mechanic I know very little about cars.

One example was when one of my vehicles needed extensive repairs. Instead of recommending that I put a lot of money into my car (which I was ready to do) they recommended I just junk it because it was probably not going to last that long. They even helped me find a junk car dealer and took care of the whole process giving me ALL the money the junk car dealer offered.

For me honesty and integrity are the most important things I look for when searching for a mechanic because I need to reply on their judgement when making decisions about my vehicles. I have definitely found those qualities at Dr. Robs and I continue to bring my business to them.

To Whom It May Concern:

On Aug. 28, Hurricane Irene hit my car hard with a tree limb puncturing the windshield. My insurance replaced the windshield three days later, but the car was a mess. So I took it to Dr. Rob’s Garage, where it was vacuumed clear of glass slivers, leaves and branches. They also straightened out my steering column, which apparently was hit by the limb. My dashboard paneling also was off kilter and they straightened that out.

They then did a general inspection of the car and discovered I had a nail in my left rear tire, which was quickly repaired.

All of this was done in less than two hours during what was supposed to be a routine oil change. When I thanked the employees profusely, they responded: “It’s all part of the job. It’s what we do.”

I am delighted that my friends at Dr. Rob’s Garage take this approach to mechanical auto repairs, and that they were able to help me to say: “Good night Irene.”

View the answers on our Car Care Tips

Automotive service is as much about ethics and integrity as it is about quality work. If we did a great job on unneeded services, we'd have failed to meet the needs of our customers. That's the sort of high expectations you can expect from Dr. Rob's Garage. 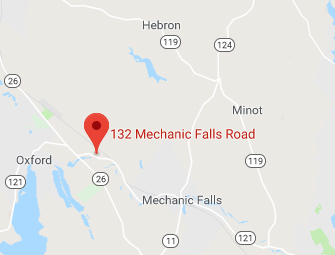